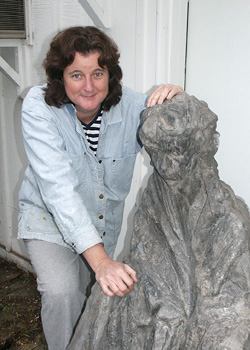 Knight and queen chess pieces in a checkmate position are carved from two twenty-foot tall ash trunks that leaned towards each other at the corner of Belmont and Lake Shore Drive in Lincoln Park.  The knight is checking the queen as if on a chessboard, but the queen is eloquently gesturing that she has the last move. The knight began with the concept of War Horse, then took on a Guernica ferocity as it writhes up and out of its chess piece.  The queen has two stacked and toppling crowns above the stately profile and dress of Queen Elizabeth.  With a touch of humor, she has the frontal face of the Queen of Hearts from Alice in Wonderland.  Both chess pieces indicate they are in a fierce moment of battle with raised hoof and stiletto heal compounding their steely gazes.  The apartment dwellers were taken into consideration with the composition directed to above.  I invite the viewer to interpret the interaction with their own experiences. 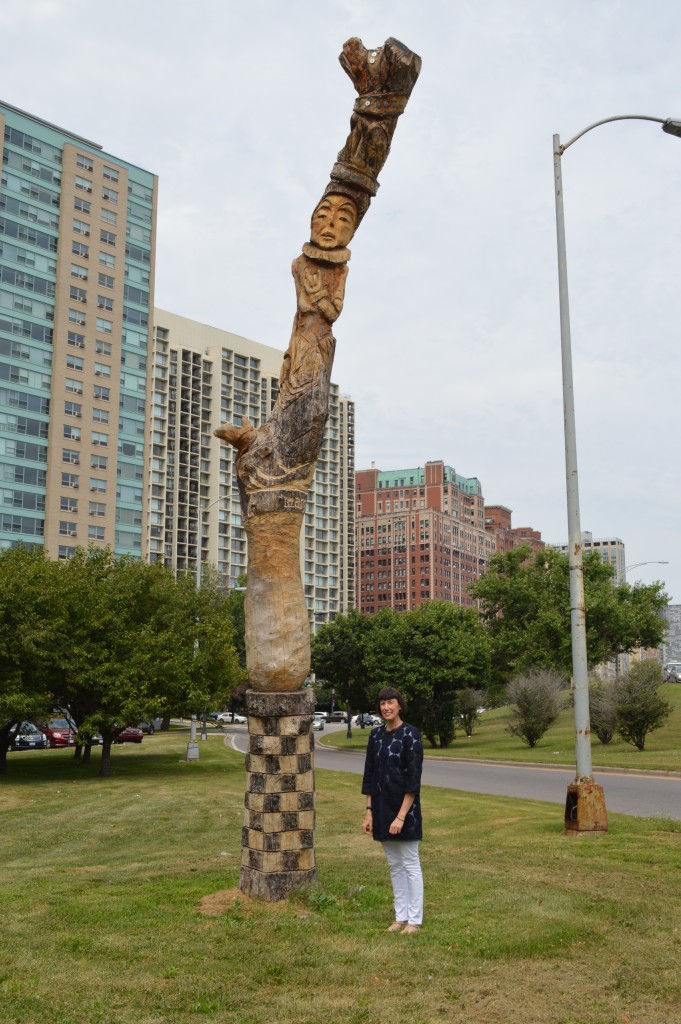 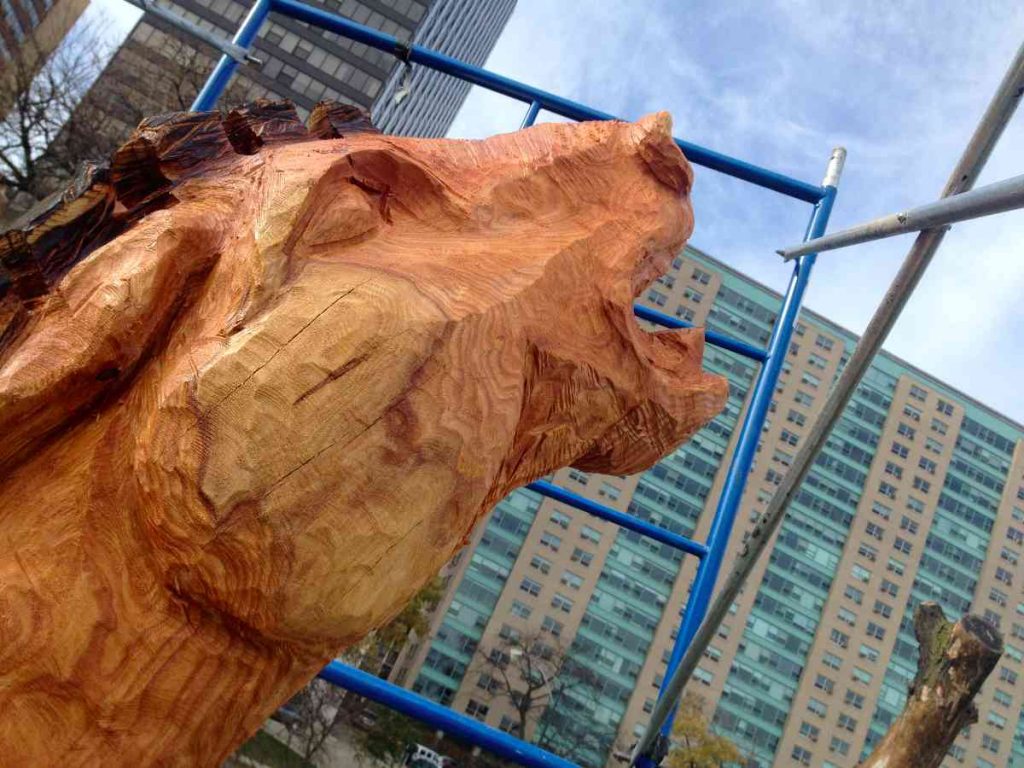 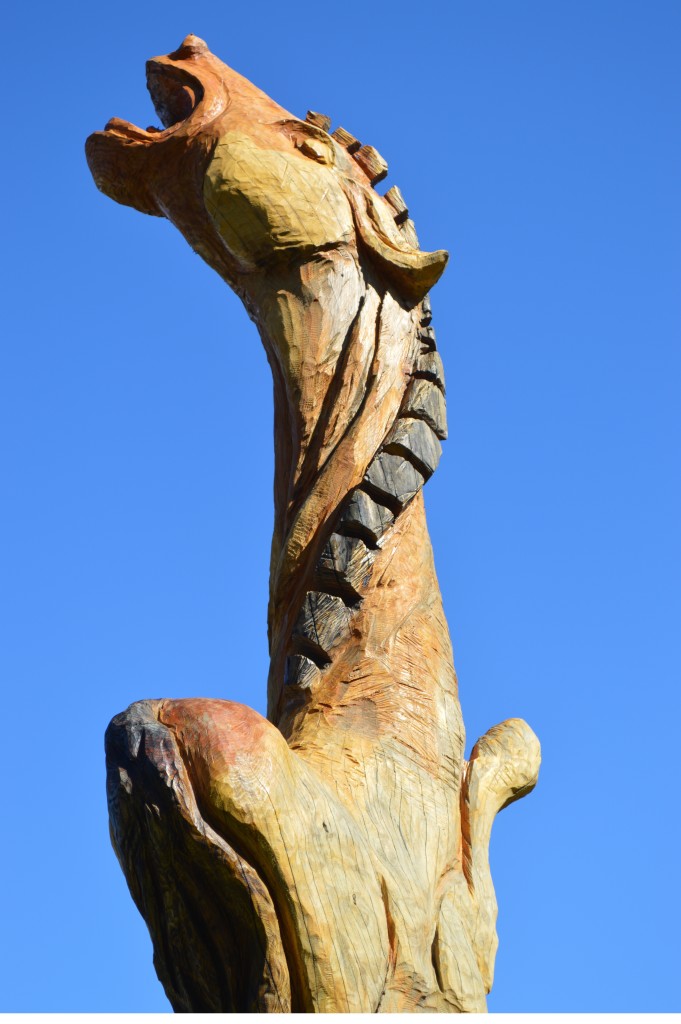