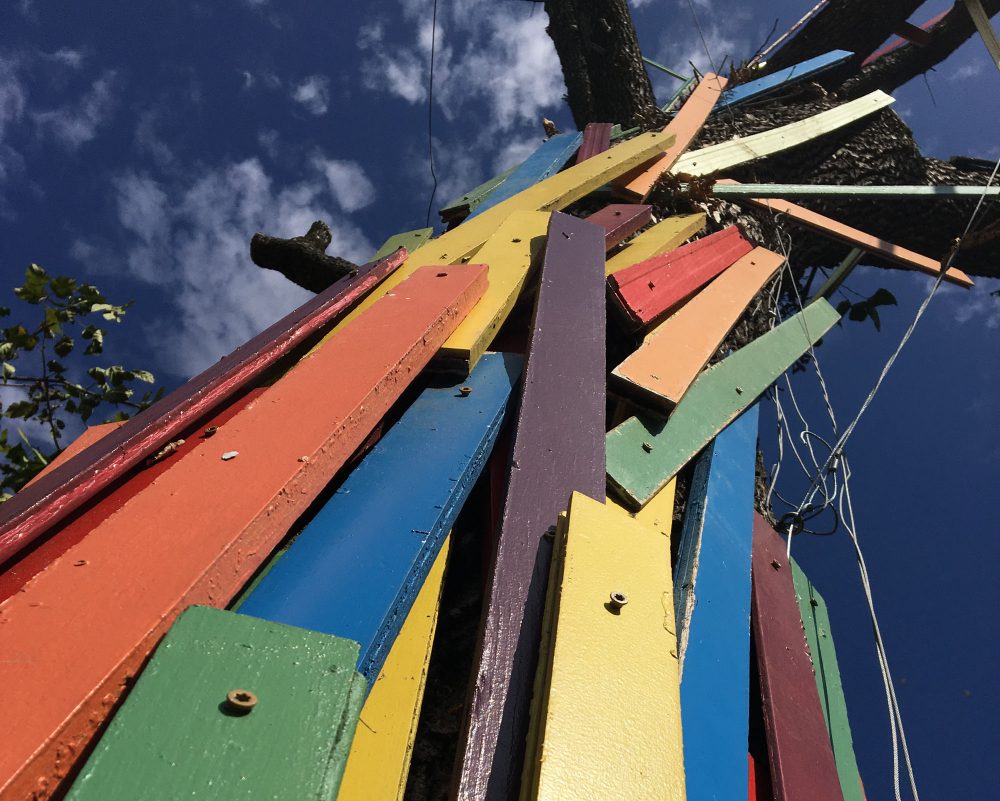 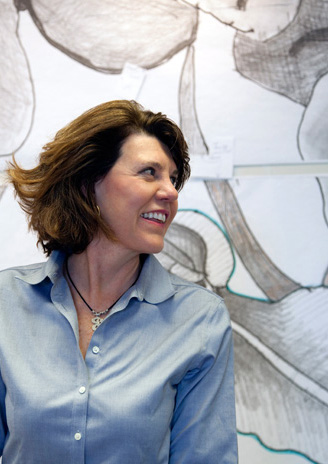 The A”maze”ing Larvae of
the Emerald Ash Borer

The dying ash tree in Palmer Square Park is embellished with a maze carved into the trunk.  The maze is solved by starting at the bottom of the tree and winding up toward the branches.  By following the tracks, one encounters several bronze larvae meandering up the tree.  At the end of the tracks it becomes apparent that many bronze larvae are creating the maze and moving up into the bark.

The design of the maze was inspired by the tracks of the emerald ash borer larvae that bore between the wood and the bark of the tree, blocking the capillaries from drawing nutrients and water from the ground to the leaves.  Between one and three million ash trees in the city of Chicago will die from this infestation. 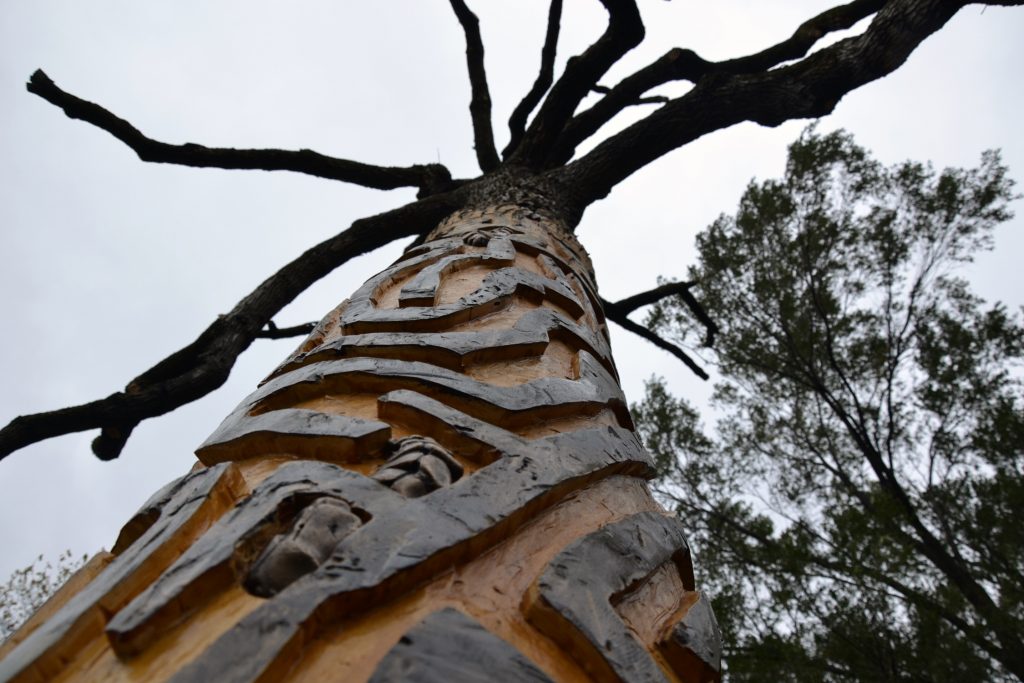 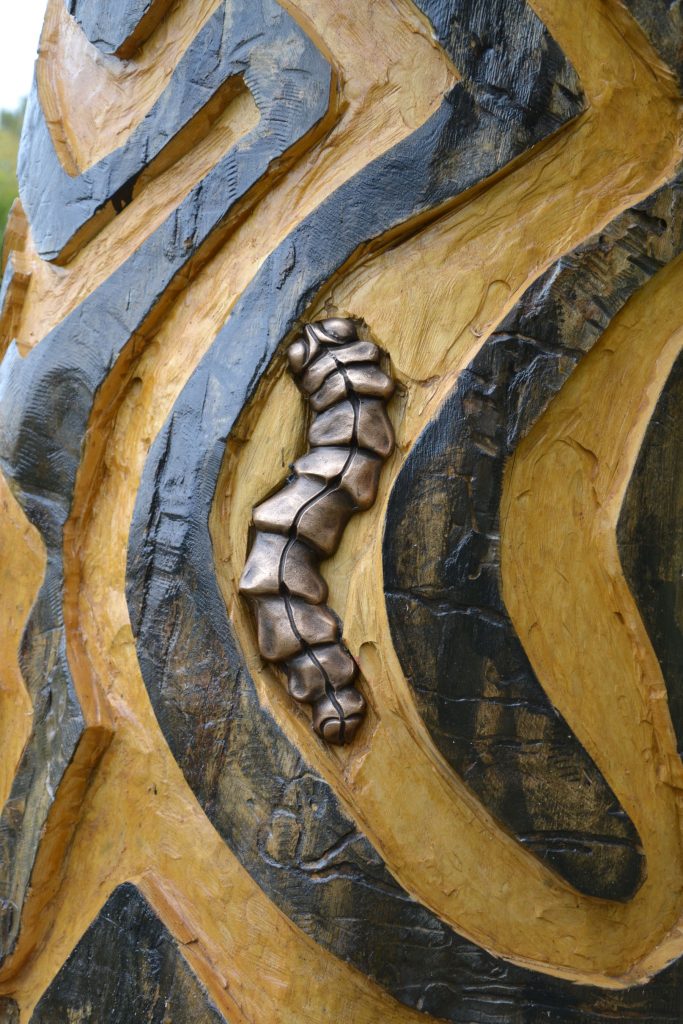 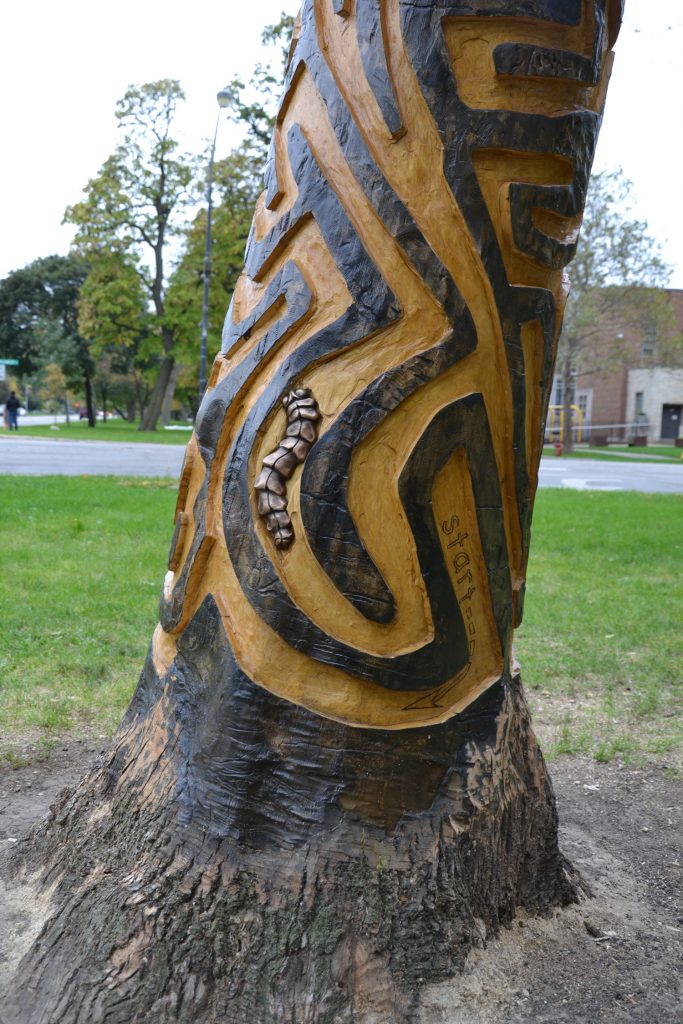 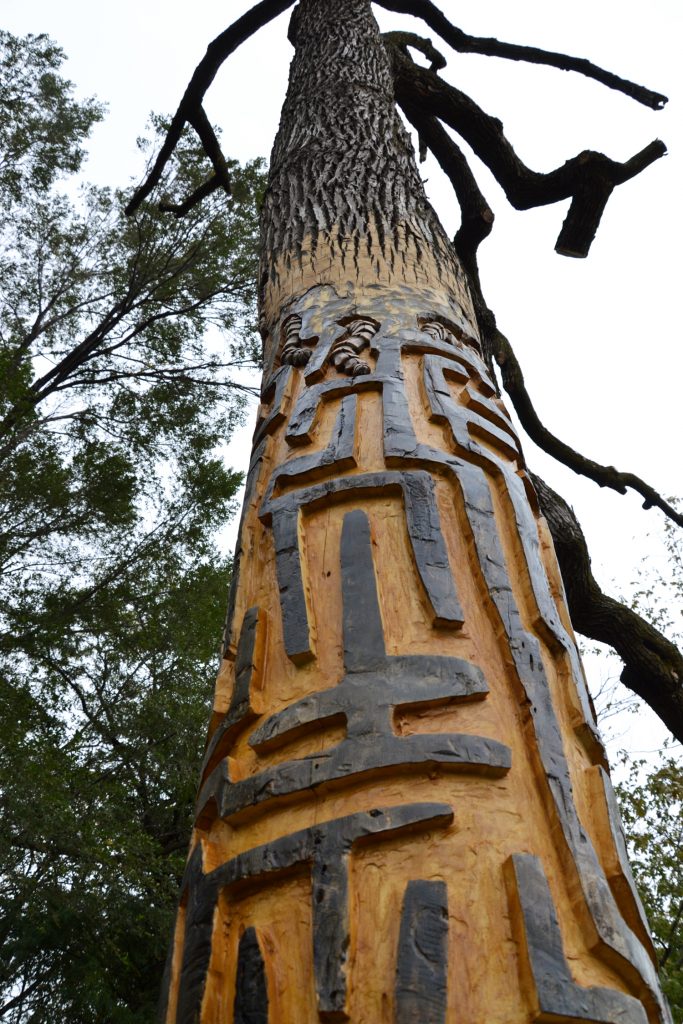